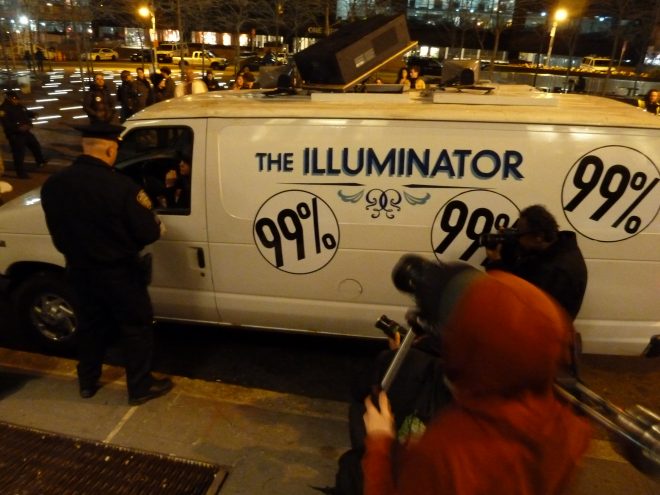 Rising protests in recent years to address ecological, social and political issues have motivated activists to reflect their strategy of protest. In this connection light has become an attractive element to create striking images and videos to enhance press and social media communication. Different new forms have emerged. Previously using a sea of candles to show solidarity and to express unity has been replaced with bright LED flashlights from mobile phones. LED lit signs are more perceptible at night. Projection with graphics and text enable activists to underline their core messages or even to temporarily take possession of iconic landmarks. In fact, the luminous form of protest has allowed protestors to circumvent governmental restrictions like forbidding gatherings of large groups. The creative use of light to enhance protests was already visible in the Occupy Wall Street protest and has been evident in recent demonstrations regarding climate change, Black Lives Matter or the LGBT movement. Artists like Krzystof Wodiczko, Robin Bell, Jenny Holzer, Dustin Klein, The Illuminator collective and Joanie Lemercier have created projects in the recent years to address the rising social, ecological and political issues in the USA and Europe.

If your protests or publication should be considered please send me an email.